Charles and Alice met in October 1964 in the “Old Cougar Den”. They were married in October 1965. The attached photo was taken on the bench where “they did some courting on campus”. Well, 57 years later they still do their best to get back to Houston for Homecoming. The 2022 Homecoming Game was windy and a bit chilly but Alice and Charles enjoyed watching the COOGS win! Charles and Alice are proud UH Alumni Association Life Members and love their alma mater.

I married my Cougar sweetheart.

We have been married 31+ years now and still love going to UH games. Eat’em Up Coogs!!

Loved seeing the Matches Made at UH pages in the latest Alumline newsletter. My husband actually suggested sending in this photo.

Thanks so much and Go Coogs!

Houston Hispanic Chamber of Commerce CEO Dr. Laura Murillo is a die-hard University of Houston Cougars fan. So is her longtime beau, Rick Noriega, the former State Rep. and U.S. Army general. Both are UH grads.

So Murillo thought nothing of joining him on the floor of Fertitta Center on Sunday night to cheer on the UH basketball team as they played against the Southern Methodist University.

Noriega had other plans — he proposed to Murillo on the floor of the arena as fans cheered.

“I thought we were asked to cheer on the University of Houston basketball team, then the General asked me to be his Cougar for Life!” she posted on Instagram.

The couple has been dating for four years. Noriega bought a ring in 2019, but shortly after, the couple suffered the losses of several family members, then the COVID-19 pandemic happened and then the Valentine’s Day freeze in 2021.

Murillo has had a long relationship with UH. She worked at the university for 15 years and received three degrees, including a doctorate, from the school. Noriega was a UH ROTC student and went on to become a two-star general and earn a master’s degree from Harvard University. Both are native Houstonians.

Christopher Gervasio (BBA ’17, MS Accy ’18) and Lauren Christensen (BBA ’18) were married on Saturday, April 24, 2021 in Houston, TX. The two met as students in 2014 through the Bauer Honors program and began dating in 2015. Christopher proposed to Lauren in December of 2019 in the Bauer Honors Commons on campus, where their love story began years ago.
Both Lauren and Christopher were heavily involved while students at UH and their love for the university has only continued to grow since becoming alumni.

The Katy, TX native, Shane was a wide receiver (#19) for the UH football team. A former walk-on, he earned a scholarship at the conclusion of the 2012 season. Shane received the Committed Cougar Award, presented annually to a Houston player who shows extraordinary commitment to the UH Football program, at the conclusion of the season that saw him finish with 23 receptions for 337 yards and three touchdowns, along with 12 special teams tackles. His career came to an end due to injury. He remained with the Houston program as a student assistant for Coach Tony Levine, working with the program’s receivers and special teams.

The Gilbert, AZ native, Ashley competed on the UH Swimming Team. As a UH freshman she swam top time at the AT&T Winter National Championships and was named to the All-American Athletic Conference Team as a sophomore and junior. In high school, Ashley was crowned state champion and East Valley Tribune Swimmer of the Year. 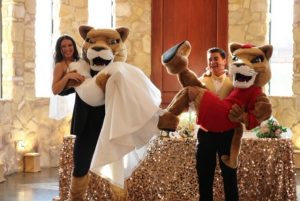 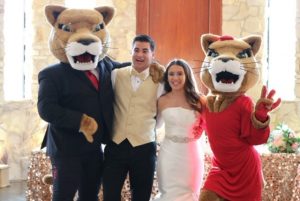